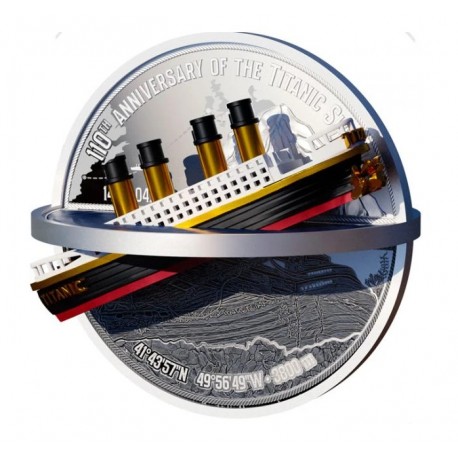 Notify me when available

This beautiful 2oz silver coin commemorates the 110th anniversary of the sinking of the Titanic. The coin has a 3D shape and realistic colours, and is sold in a special display case and with a certificate of authenticity.

Limited edition of only 700 pieces worldwide!

The obverse of the coin features the famous Titanic wall clock, which was part of the "Honor and Glory" series and had two angels on the sides. On the other side is the bottom of the ship and a depiction of Queen Elizabeth II with the inscriptions "ELIZABETH II", "NIUE ISLAND" - country of origin, "5 DOLLARS" - face value and "2022" - year of issue.