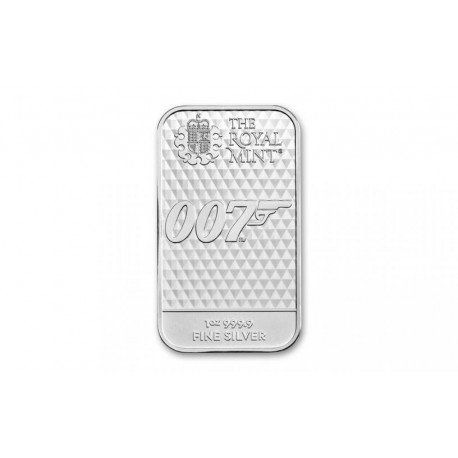 James Bond Collection Celebrating the 50th anniversary of the 1971 Bond film, Diamonds Are Forever , the distinctly British icon will join the Royal Mint's precious metals holdings in 2021. Our stylish gold and silver bars celebrate James Bond, the world-famous and quintessentially British spy - along with his sophisticated and fascinating world. Reflecting the pomp and luxury of Bond's breathtaking adventures, the second edition of James Bond bars boasts exceptional design and offers an investment opportunity whose charm will be timeless.

The exact name under which it operates is The Royal Mint Limited, it is a company limited by guarantee and is wholly owned by His Majesty's Treasury and has the exclusive contract to supply all coins in the country. As well as minting circulation coins for the UK and international markets, The Royal Mint is a leading provider of precious metal products.

The Royal Mint, which was established over 1100 years ago, has historically been part of a series of mints that have become centralised to produce coins for the Kingdom of England, the whole of the UK and nations across the Commonwealth.

The Royal Mint was founded under Alfred the Great, c. 886 A.D. It operated in the Tower of London for several hundred years before moving to the area now known as the Royal Mint Court, where it remained until the 1960s. When Britain followed the rest of the world in decimating its currency, the Mint moved from London to a new 38-acre (15 ha) site in Llantrisant, Wales, where it has remained ever since.

As of 2018, the Royal Mint is expanding its business to help offset declining cash usage. It has expanded its business into precious metals investments, historic coins and luxury collectibles.