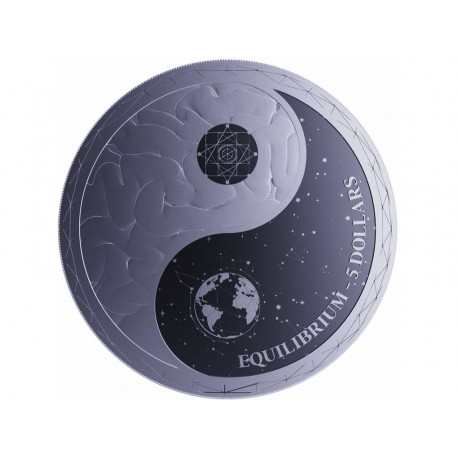 Released in 2018, the coins in this series work with the idea of harmony between technology and nature, civilisation and the environment, money and time, work and rest, artificial and human intelligence.

Pressburg Mint - The Bratislava Mint is a private Slovak company which, after more than 300 years, is reviving the tradition of coinage in Bratislava.

In 1430 King Sigismund of Hungary granted the city of Bratislava a coinage privilege and the Bratislava Mint was established. For the next three centuries the mint struck silver coins, which were used as currency. Thanks to this mint, Bratislava became an important financial centre of the region.

The Pressburg Mint - Bratislava Mint continues this historical tradition in a modern way. Using the latest technologies in the industry in conjunction with innovative design, it mints investment and commemorative coins and medals that not only hold value, an attractive investment opportunity, but also a work of art with collector value.